As I talked about HERE, I was contacted by WeTV to participate in a conference call with none other than Troy Dunn from their fabulous show, “The Locator.” I’d written about the show on my blog in the past HERE and HERE because I love it so very much. I thought it was so cool that not only did Troy come and leave a comment on my blog, but his mom (you see her on the show, too) did as well. One of the coolest things is that they sent me the link to a sneak preview of the new season of The Locator that only a special, select few IN THA WORLD get to see. Well, I don’t know that for a fact, but to make my ego supersized, let’s just assume that’s true. C’mon, play along with me….

They also sent me this picture to use in my article, which is from the new season and has NEVER BEEN SEEN BEFORE on the face of the earth. Exclusive to ME!! Bwahahaha. Okay, I’m totally lying again. I’m apparently at an insecure mood at this point in time and have a need to feel important and much, much better than you. I promise, I’ll get over it. But cool photo, right?

Did you know that one of Troy’s sons (Treston; LOVE that name!) keeps a family blog? Why don’t you go say “hi” right here to THE DUNN FAMILY.

Anyway, the date and time to speak with him finally arrived, which was September 3rd at 8am my time. That worked out well because, even though that’s a work day for me, I start at 8:30 (and I work from home as a medical transcriber so it’s a short commute). I told the gal who was coordinating everything – Katrina from WeTV – and she allowed me to ask my questions first in case I had to cut out early.

The two other bloggers who were also on the conference call with Troy (yeah, I get to call him that, ‘cuz we TALKED, you know?) were Gina from the THE CLAN McCLEOD blog, and Jill from the OKLA-HOME blog. Go check them out…both are really great blogs.

So, back to the call…Troy came on the line and everyone said good morning and where they’re from. I was able to go first and started off by reminding Troy that I was the one who had blogged that he’s a hottie. Again, like the comment he left on that post, Troy (or, as I sometimes call my new BFF, “T.”) was very modest and we joked about things like that scoring points with his wife.

My first question was: You talked in the comment you left (on my blog) about scrapbooking and the role it plays on your show. Can you please talk about that some more?

He said that scrapbooking is very much a part of The Locator. One thing is that many times, people who participate in the show immediately scrapbook their experience. He says that by what his show does, they allow people to have another 10 or 20 years of their lives to make the memories to fill up more scrapbooks. T. also said that his family has scrapbookers and they give and receive them for gifts. On his coffee table near him while we spoke, was a scrapbook that a fan sent him, all made up to honor the show, The Locator. The person had taken photos from the show, newspaper clippings, and letters from the website. {This reminded me of the album – or is it albumSSS – made by my Scrap Pal, Gay to honor her fascination with….er, lust for….I mean, um, admiration of the acting abilities of Gerard Butler. But that’s a whole ‘nother story I can’t get into right now}. Anyway, so then Troy said, “I have nothing but love and respect for scrapbooks and if I can help people fill the pages of them, fill their lives, then I’m totally jazzed about that.” See, not only handsome, but wicked smaht.

Then he said that he keeps waiting for a scrapbooking company to contact him, that he’d love to do a whole “Locator” scrapbooking line. I joked that maybe I should put some bugs in some ears in this industry about this great idea. As it happens, I’m having lunch later this week with STACY JULIAN, KELLY GOREE, CATHY Z, and LISA BEARNSON, so I’ll probably bring it up then. Nah, you know I don’t really know those ladies. Well, unless you count years upon years of drooling over their work in magazines and stalking….erm, I mean… leaving (perfectly harmless) comments on their blogs as being friends. Because I do. I consider them my friends. 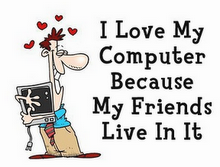 My second question was about photographs, and how important those are in our lives; his thoughts on that, maybe reactions he’d seen from people he reunited when either they were shown photos of themselves they hadn’t known existed, or the opposite, when no photos exist and how that impacts them. (Crikes, didn’t realize what a long-winded question that was til I had to type it out and got a case of carpal tunnel while doing so… Sheesh, Erika, brief much?).

This was one of my favorite parts. Troy said that one of the greatest myths about photographs is that “a picture is worth a thousand words.” He said that a picture is worth a million words. He said photos are so extraordinary because of how close they come to “bringing a real person to somebody.” He said he often gets the same reaction from showing someone a photo of their long lost loved one, as he does from showing them the actual person. I find that amazing and, yet, totally relatable and I’ve seen it many times on the show, the profound reaction people have when seeing a photo of their loved one for the first time. The other amazing thing Troy had to say about photos is they he tries to never go into a reuniting situation without one because they make great transitional objects. We talked about how, for instance, a mom who hasn’t seen her missing son since he was four months old. In her heart and head, she may largely picture her son today as still being that four-month-old little baby. What a shock it could be if she first laid eyes on him again as an adult now. So by exposing her to current photos of him beforehand, she can start transitioning herself mentally into “This is what he looks like now.” He compared it to a situation in his own life, and a daughter (one of his SEVEN children with his wife) who battled cancer. Friends that hadn’t seen her in a while would’ve been quite shocked to then see her bald, so he used photos as a kind of transition so they could wrap their brains around how she looked currently, instead of revealing a shock or a sadness upon actually laying eyes on her. As I told Troy, I’d never thought of photos as that “transitional object,” but how very true and powerful that is, don’t you think?

So, those were my two main questions. Troy next answered questions from Gina and Jill, which were great to listen to. I know Jill has blogged about her experience speaking with Troy on her blog listed above, and I hope Dena will post about her take, also.

Then we got to ask a third question, since there was still time, and I asked him a question that had been posed by one of my kids when they found out I would be talking to Troy. {The Locator is a wonderful family show and I watch it often with my kids, so they’re Troy Fans also}. The question was about all the travel he does for the show, does he like it or not? Troy’s answer was what you’d expect from the true family man that he is….that while he’d gotten to go places he’d never have gone otherwise, that nothing was better than being home with his family. Shoot, with a wife and seven kids, imagine how many events you could miss in just a few days, LOL!. He talked about the toll that reality shows seem to be taking on the families who participate in them lately, and how family must remain the priority above all else. We also learned some “show secrets” such as the getaway car, and Troy’s favorite getaway meal. You know, things Troy only tells his “good friends,” of which I am clearly one. {Ahem}.

So that was my wonderful experience talking to Troy. He said if I contacted his staff, he would send a photo to my kids and I’m still working on arranging that. Sorry this is so long, but I had to capture all the details while they were fresh in my mind ‘cuz you know I’ll be making this blog entry into the journaling for my scrapbook layout, of course. Now, if only I could find some Locator-themed scrapbooking elements to jazz up my page, I’d be in business. Lisa??? Kelly???

PS: A reminder that the new season of THE LOCATOR starts soon! Put it on your calendar or set your DVR now...This Saturday, September 12, 2009 at 9pm PST (check listings for your own time zone).