How’s that for alliteration?!?! Or is it assonance? I always get those two mixed up.

But being a scrapbooker isn’t her claim to fame. Being on “The Facts of Life” is. Do you know who the mystery contestant is?

Lisa Whelchel: Who I loved and wanted to BE when she was on The New Mickey Mouse Club. Well, it was NEW in the 70s anyway! 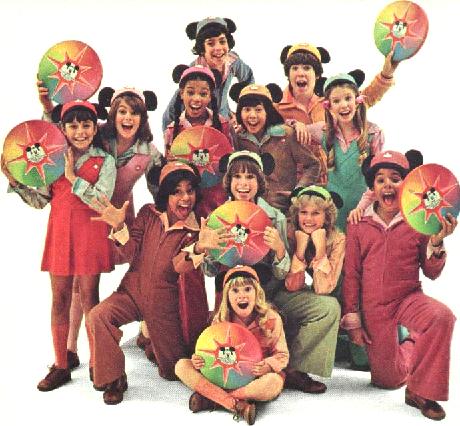 When I used to watch her as Blair Warner on “The Facts of Life,” she could be a snot but I would’ve killed for her hair. 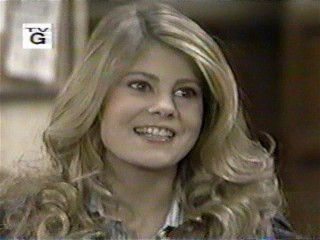 Yeah, unfortunately, I’m THAT old :( If you’re not, I don’t want to hear about it. Srsly. No “what’s the New/Old Mickey Mouse Club?” or “who is Blair Warner?” If you ask me that, I will kick you.

So anywaaaaayyysss … HERE is an article about it and a video of Lisa. She is still stinkin’ adorable.

Lisa Whelchel, best known for her role as Blair Warner on the ’80s television show “The Facts of Life,” headlines the cast of “Survivor: Philippines,” which premieres Wednesday, September 19 on CBS. The former teen actress will join 17 other castaways, including retired MLB player Jeff Kent and three returning players (to be revealed Wednesday), to compete for $1 million and the title of Sole Survivor.

“I’m a huge, huge fan and have been from Season 1. I haven’t missed an episode. I love the game and was born to play it,” Whelchel shared with Yahoo! TV while on location during filming. “I never wanted to do reality TV, but this doesn’t feel like reality TV. This feels like having an adventure that I’ve always wanted to have. Even if this weren’t filmed, I would want to do it. It just happened that it’s filmed and put on television and I use to be on television.”

When “The Facts of Life” ended in 1988, Whelchel married a pastor and has been a stay-at-home mom homeschooling her three children. After sending her youngest off to college, the devout Christian “went on a vision quest” to figure out what she wanted to do with her life after focusing all her energy on raising her children. With encouragement from a friend, Whelchel tweeted a video to host Jeff Probst proclaiming her desire to be a contestant on the show.

“Lisa is somebody that a lot of people will recognize from many years on television on ‘The Facts of Life.’ I think that’s going to appeal to a lot of people,” Probst told us. “But what made her really appealing to us from a casting point of view is she wanted to do ‘Survivor.’ She’s a superfan. She really knows the show, so it was great when we first met her. It was kind of a no-brainer to say ‘yes,’ and now to see her out here on a beach doing this is very exciting. I hope she lasts long enough so that she gets a real shot at playing this game that she loves.”

Despite her being a celebrity (of the 14 other contestants we spoke to, only one recognized the 49-year-old “Facts of Life” alum), both Whelchel and Probst agree that her greatest challenge in the game will be her age. “Lisa’s biggest obstacle is going to be her age, and it’s not like she’s that old, but she’s old for ‘Survivor.’ I don’t think Lisa’s celebrity will get in her way nearly as much as her age. If she can find a way to get the monkey off her back of people saying, ‘She’s the older woman, she’s not going to be good in challenges,’ She’ll be OK. How you do that, you’ve got to form a great alliance — strong and with the right people,” advises Probst. And being a “Survivor” fanatic, Whelchel plans on doing just that. “I will have to pay attention to where’s the majority alliance,” she shared. “It would be stupid to get on the minority alliance.”

Check out the following video in which Whelchel opens up to Yahoo! TV about her audition process, how she prepared herself mentally and physically for the game, and what she bought on eBay to give her a leg up in outlasting, outwitting, and outplaying her fellow castaways.

I am really rooting for her to win, and I haven’t even seen who the other players are yet. Well, except one: JEFF KENT, former 2nd baseman for the LA Dodgers – who I’ve seen play in person. I love me some MLB, too. 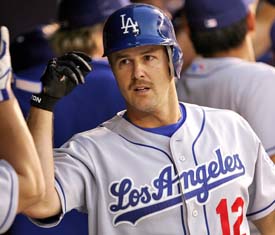 I will be hoping he comes in second :)

Do you watch “Survivor”? What do you think of Lisa being on there – will she Outwit, Outplay, and Outlast?

ETA 08/21/12: In researching (i.e., Googling … but “researching” sounds so much brainier, no?) Lisa Whelchel, I came across THIS post on THE BLOGGESS.COM. For the love of all that is holy, ONLY … I repeat, ONLY … click on that link if you 1. have a very broad sense of humor and B. enjoy profanity if used effectively. The Blogess, she ain’t for sissies. And I hope you aren’t drinking coffee while reading her blog. There. Don’t say I didn’t warn you. Enjoy!