It’s Tuesday night and I’m reclined in bed with my laptop. I had purposely saved THIS entry from ALI EDWARDS’ blog to read when I could sit down and savor it in the peace and quiet once everyone else had gone to bed, so here I am. I just finished reading it and now I’m all in a big Italy headspace.

Italy is my favorite place in the world. I’m part Italian on my mom’s side; our family is from UDINE (pronounced OOH-di-nuh), which is in Northern Italy. I cannot tell you how obsessed I am with Italy! I read books about it and I talk about it any chance I get. {Yes, I am THAT annoying}. I routinely use my DVR to Search “Italy” and “Rome,” and record shows about it. It’s mostly travel shows but I also have 3 episodes of EVERYBODY LOVES RAYMOND where they went to Italy {hee hee, a guilty pleasure}. I also see movies that are set in Italy, like “WHEN IN ROME” and, of course, “ROMAN HOLIDAY” is one of my favorite movies EVAH!

I heard about an Italian miniseries called “BEST OF YOUTH” and searched for months but it never came on TV, so I finally broke down and ordered it on DVD from Amazon.

Crap, I should start a blog called “Italy Obsession,” shouldn’t I? I read the last paragraphs and think I’m a Rome stalker. WOW.

Anyway, it’s been my dream to go to Europe ~ but especially Italy ~ since I was a teenager (and no you may NOT ask how very long ago that was!). When I was about 20 and in college, I had it all planned to study overseas for a year in France (in AIX-EN-PROVENCE), which would be my home base for exploring all of Europe. I had to cancel when I couldn’t save enough money. Then, when I was about 30, DH and I had a Europe trip planned and had to cancel because some of the places we were going were politically unstable and there were travel warnings.

So to say that I REALLY wanted to go to Europe/Italy was an understatement. Yes, I finally did get my chance in October of 2006. I was blessed enough to go on a Creating Keepsakes scrapbooking cruise in the Mediterranean, with LISA BEARNSON, no less! Some of the story is HERE. We basically circled the Med and went to places like Tunis, Tunisia (North Africa) ~ Barcelona, Spain ~ Palma de Majorca, Spain ~ and Valletta, Malta. All of those places were completely amazing and it was the trip of a lifetime. Who would’ve ever thought I would go to North Africa?

But by far, the best places we went were in Italy … Palermo, Sicily ~ Genova, Italy ~ and ROME! As soon as we touched down on Italian soil, I felt like I was HOME. I loved every single thing about being there … the churches, the people, the history, the language, the food, the energy … just everything. I couldn’t get enough of it. I wanted to learn everything I could and see everything I could.

My mom (who I traveled with, along with a friend) had done some online research before our trip and actually located a second cousin of hers! She was a doctor who lived in Rome, and we met up with her. It was just another thing that made me feel so comfortable there, so at home, like I belonged.

The only tragic part of the whole trip was that we weren’t there long enough. Palermo and Genova were just cruise stops, so we had one daytime to do a tour, and in Palermo, we stayed in town after the tour and just walked around. After the cruise, we went to Rome and stayed only 2 nights before we had to catch our flight back to the United States. I was SO sad to leave. I mean, truth be told, I was extremely homesick for my family and I couldn’t wait to get home. But I definitely left my heart in Italy and am determined to go back someday.

So back to tonight … That’s why I saved Ali’s blog entry about Italy to sit down and read when I had some time to savor it. She’s an awesome photographer and I knew she’d have some amazing photos to share (she did). I love the way she journals and is so good about capturing her feelings while they’re still immediate (she did). Ali was so smart to write down her “I Want to Remember” moments right now, before she gets caught up in daily life and those moments fade from memory. I wish I had done that.

At the end of her blog entry, she links to THIS trip ~ yep, she’s going to Italy again in October 2011 and we’re all invited this time :) I couldn’t possibly be more jealous. She’ll be in Tuscany, which is my DREAM place to go. I’ve read all of FRANCES MAYES’ books, wrote a poem inspired by her descriptions of Tuscany for my Senior Project in college, and have worn out my DVD of UNDER THE TUSCAN SUN. 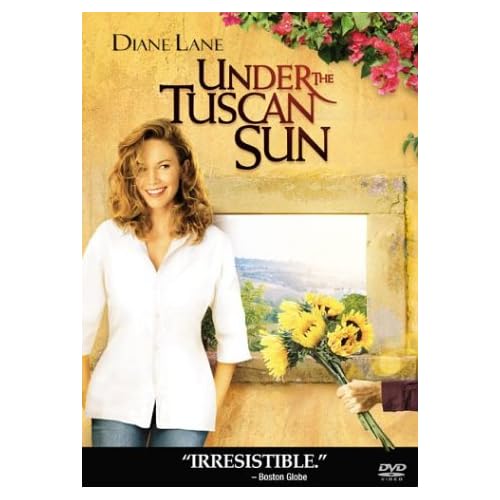 Ali is also going to Rome, my favorite city in the world and where I’ve been dying to go back to. There’s no way I COULD actually go, as the trip would cost me upwards of $6,000 and we don’t make that kind of bank around this hizzy.

I couldn’t even make myself read through the entire trip itinerary because I, well, it kind of made me want to cry. I want to go SO BAD! This isn’t like a “Wow, it would be fun to go to CHA” or “Gosh, I’ve always wanted to see Mt. Rushmore.” This is like a yearning so deep in my soul that it hurts. {Holy hell, am I pathetic? Get a grip, girl!}

Anyway, if you’ve read this far, thanks for listening to me not only talk about my deep love for a foreign place (just like I subject my IRL friends and family too, the poor things), but for listening to me whine and be so jealous of another scrapper, ha.